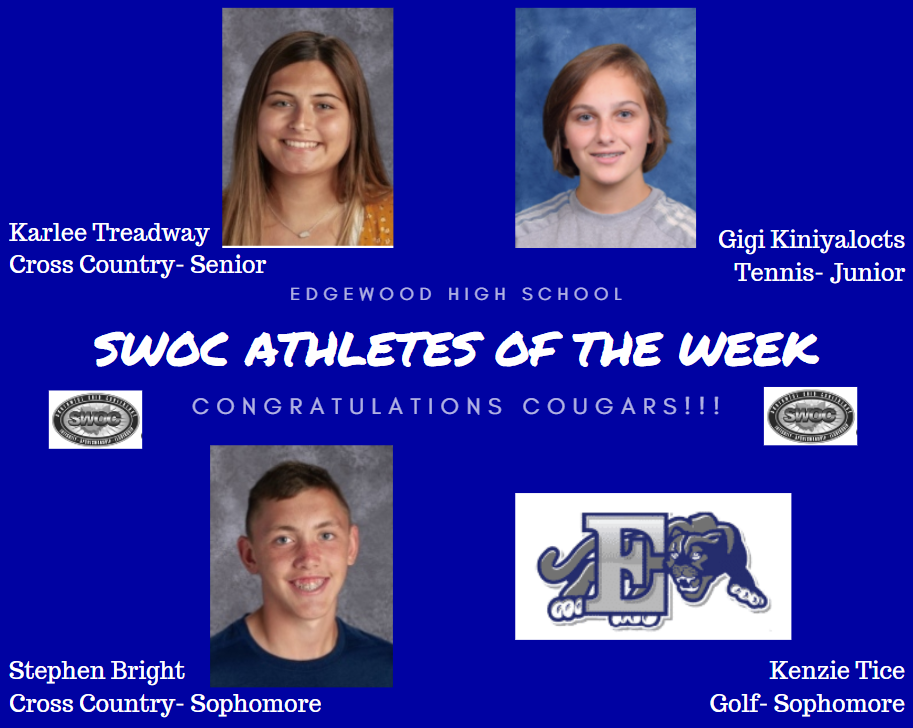 Congratulations to these four EHS student-athletes for being selected as the SWOC Athletes of the Week, for September 7-13: Karlee Treadway, Gigi Kiniyalocts, Stephen Bright & Kenzie Tice. The details regarding each of these students' accomplishments for this week are provided below. Great job Cougars. We're so proud of each of you!