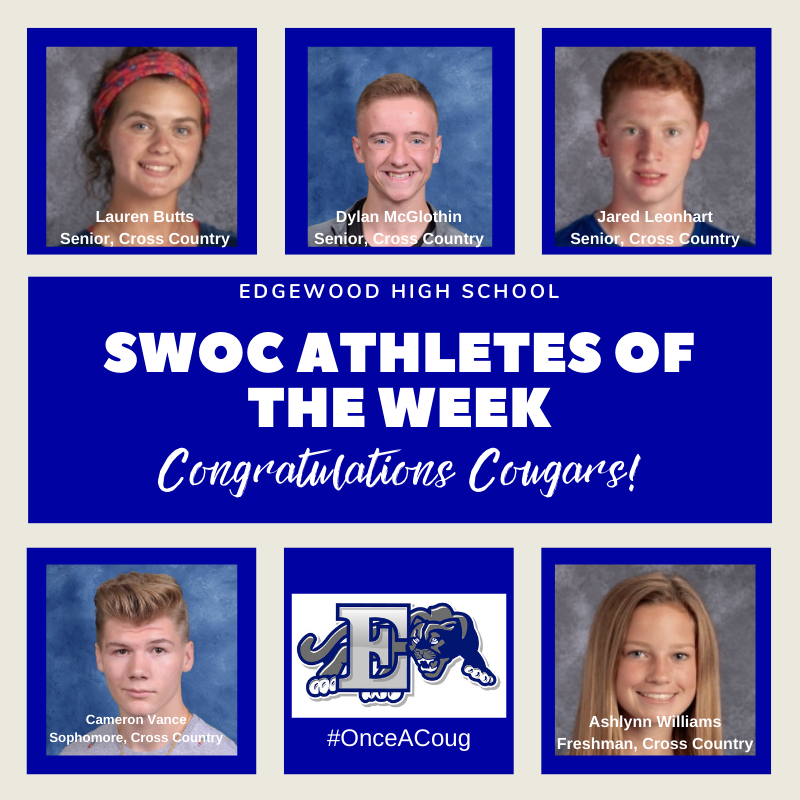 Congratulations to the following EHS student-athletes for being selected as the SWOC (Southwestern Ohio Conference) Athletes of the Week (October 21-27, 2019)!