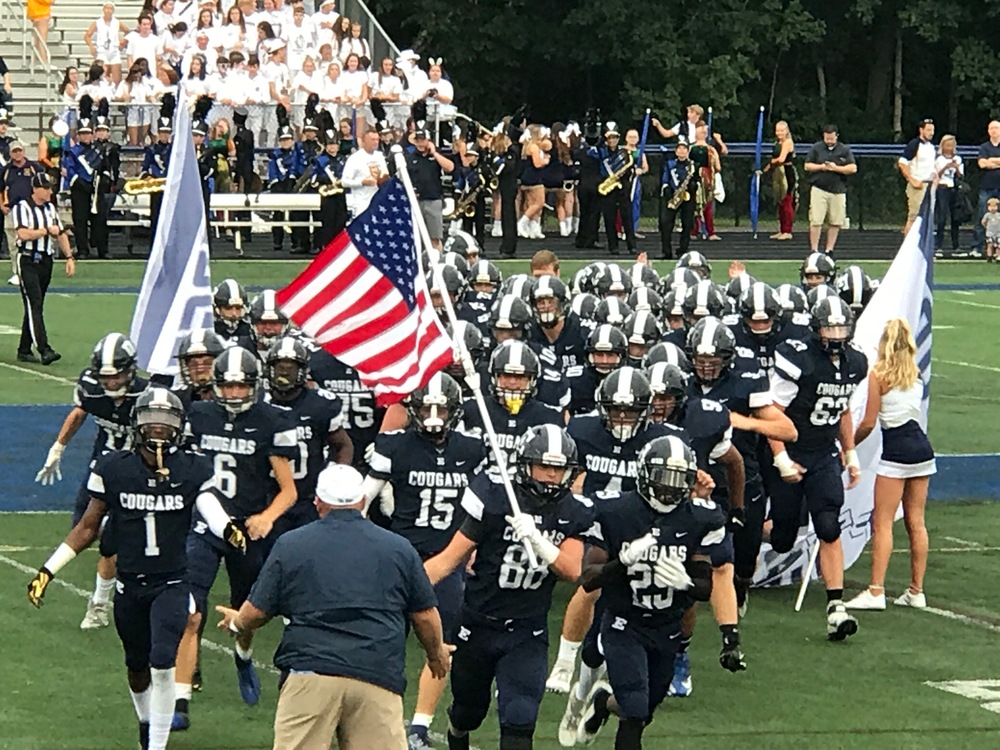 Edgewood’s 1st football game of the season was a night to remember! On Friday, August 30 over 150 alumni coaches and players came back to Edgewood to celebrate 50 years of Edgewood football. Prior to the game, a special dinner was held to honor these past players and coaches.  Then, everyone participated in the special pre-game festivities where alumni players, assistant coaches, and coaches were recognized in front of a packed stadium.  It was impressive to see the decades of players and coaches who returned for the event, representing 50 years of football. Then minutes before kickoff a skydiver from Team Fastrax, delivered of an enormous American flag to Kumler Field.

Team Fastrax dedicated this performance to Army First Lieutenant Mark A. Noziska. First Lieutenant Noziska died August 30, 2010 while supporting Operation Enduring Freedom.  The pre-game festivities concluded with a special coin toss where a commemorative coin was used for the traditional coin toss.  After the exciting game ended, with Edgewood beating Monroe, 34 to 6, a special fireworks show took place.  Thanks to Head Coach Scott Clemmons, Edgewood's Athletic Director Greg Brown, and all who helped plan the kickoff of our district's 50th Anniversary Celebration! 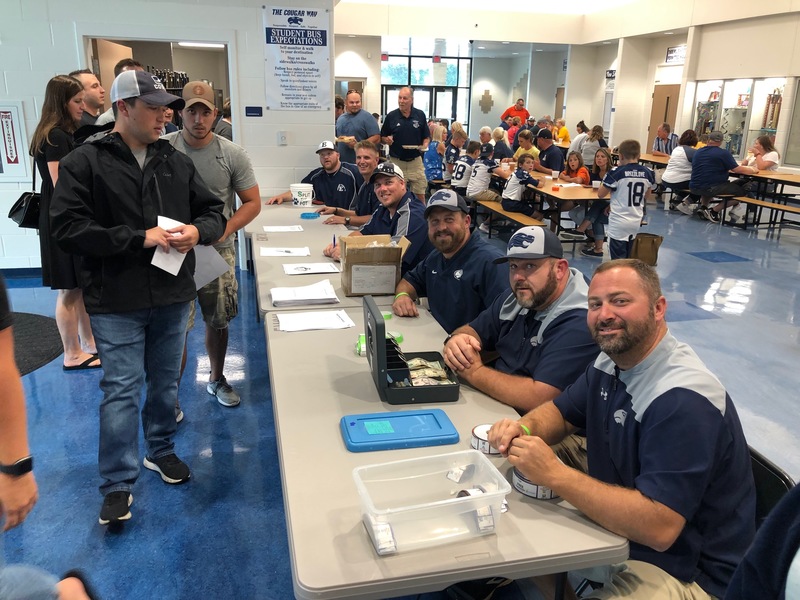 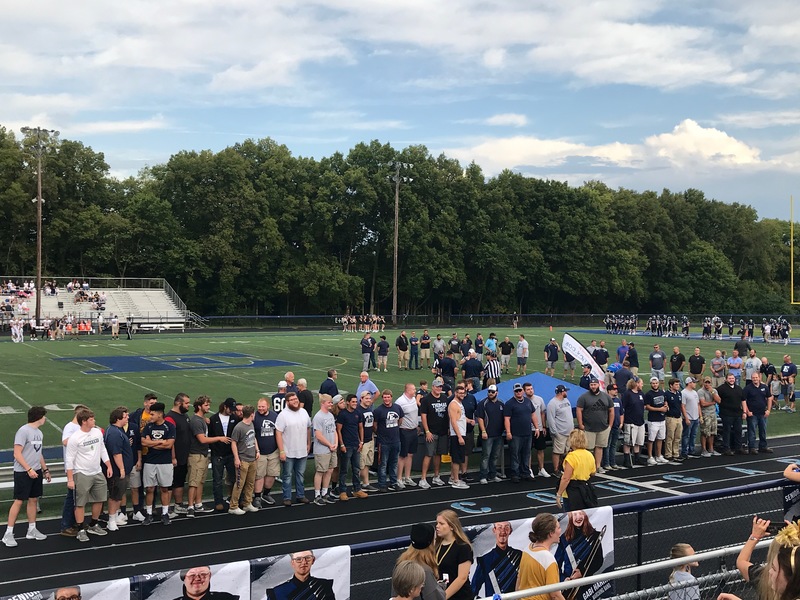 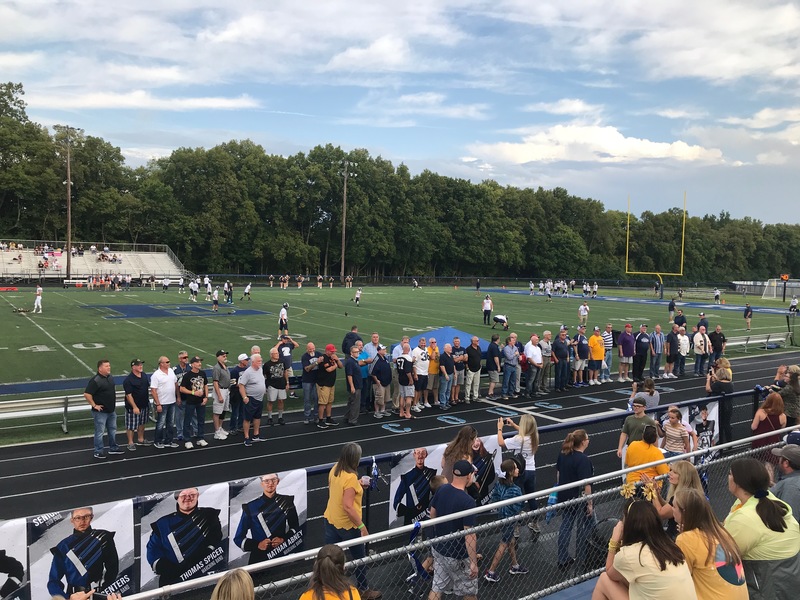 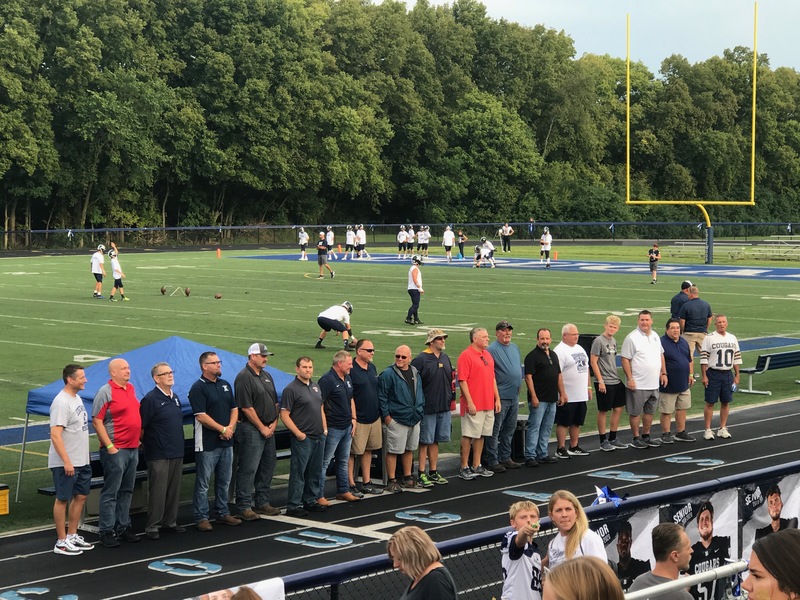 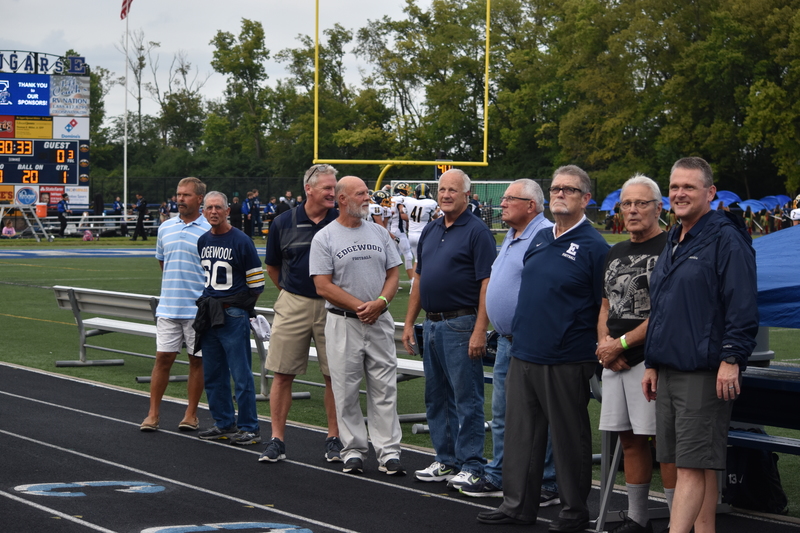 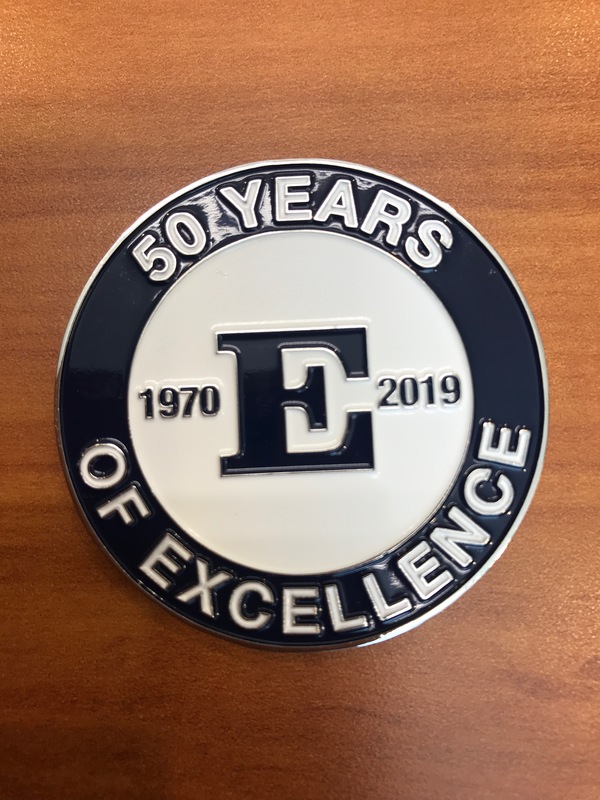 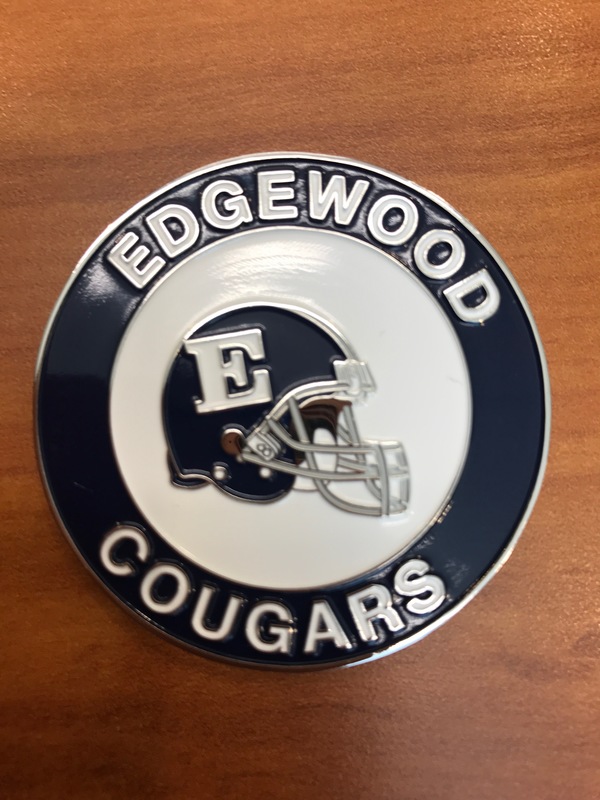