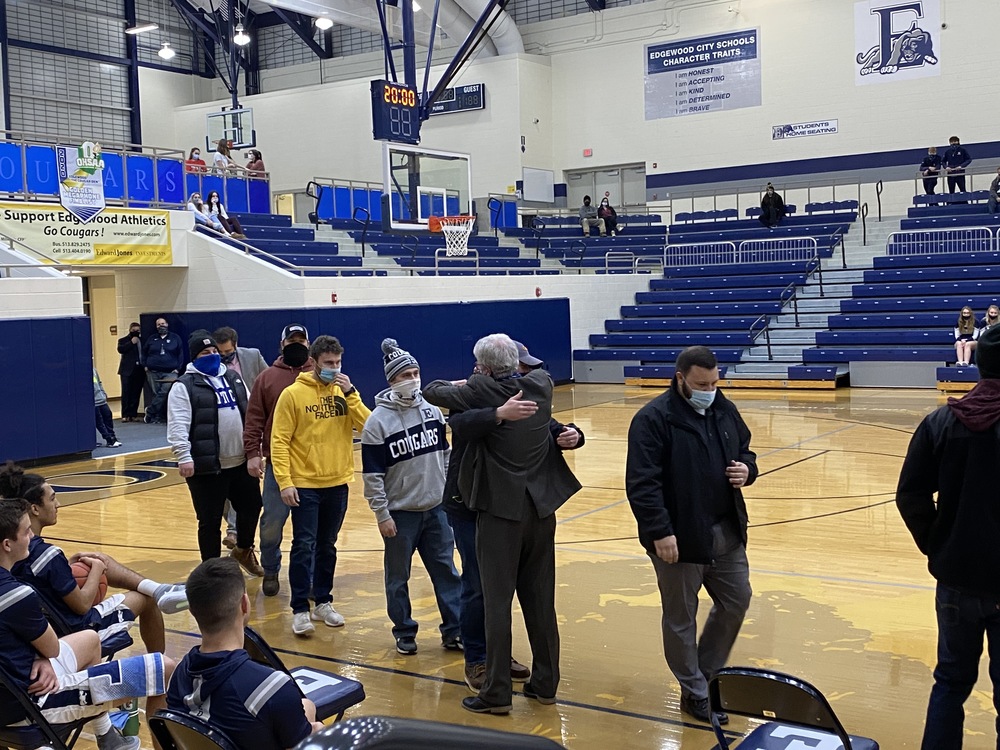 Coach Thomas has been influenced by many people over the years and would like to thank Tom York, Jim Wirtley, and Gary Gabbard for making it possible for him to lead the Men's Basketball program.  Coach Thomas appreciates the support he received from the past and present board members, and a big thanks to our Superintendent Russ Fussnecker.

The two coaches who made a lasting impact on his life were Ron Kash and Dale Robertson.

The Cougars defeated the Harrison Wildcats 45-44!