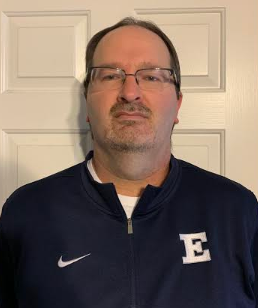 The Edgewood Board of Education approved Matt Tolliver as the new head coach for the Edgewood High School Lady Cougars basketball program on April 27.  Tolliver has coached basketball for 24 years in Indiana, Michigan, and Ohio. He was previously the head coach of the Little Miami womens basketball team for 8 years and during that time the team earned 3 SWOC titles (2016, 2018, and 2019).  Tolliver was also named SWOC Coach of the Year in 2014 and 2019. He left Little Miami after the 2019 season and came to Edgewood as the Varsity Assistant Coach. “I am very honored and blessed to have this opportunity and look forward to continuing the success the EHS girls basketball program has had in the past and helping take it to the next level.  Our goals will be to compete for a league championship year in and year out while building a team and program that the entire Edgewood community can be proud of!”, said Tolliver.