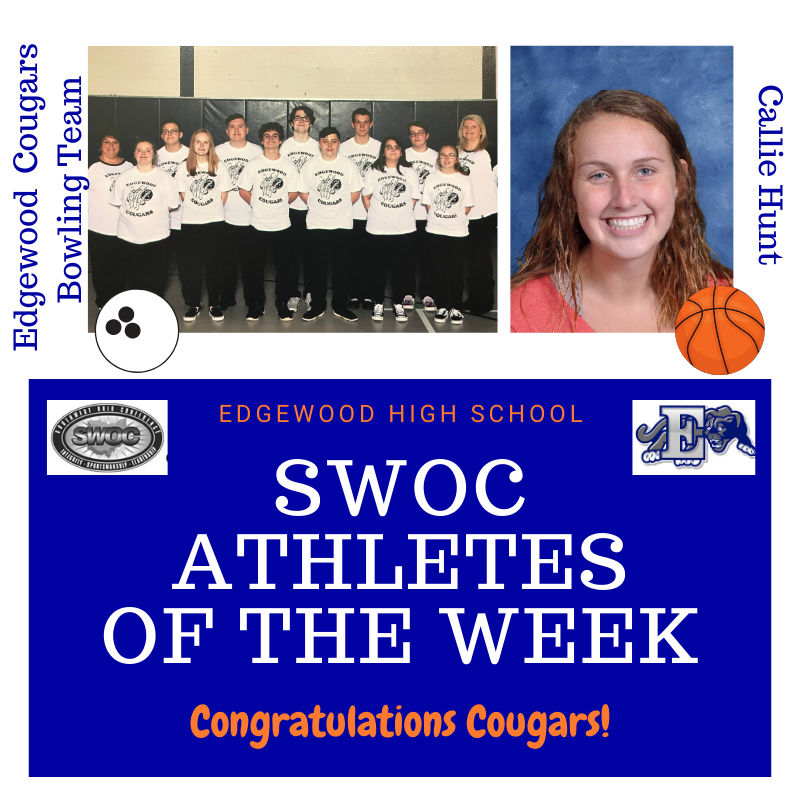 Congratulations to Callie Hunt and the Edgewood Bowling Team for being selected as the SWOC (Southwestern Ohio Conference) Athletes of the Week (February 10-16). We are so proud of all of you!