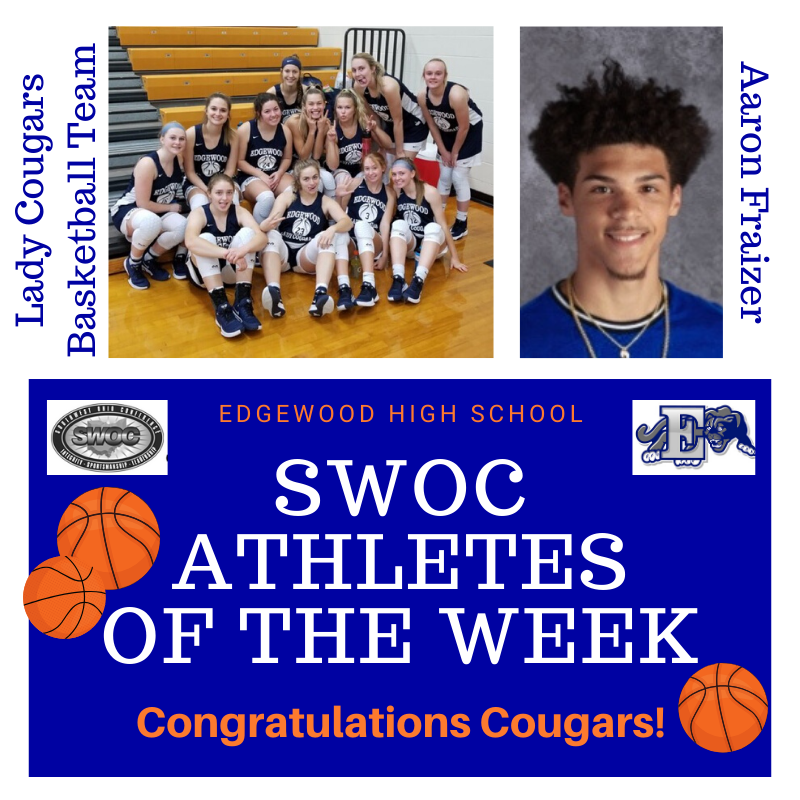 Congratulations to our Lady Cougars Basketball team and Aaron Fraizer for being selected as the SWOC (Southwest Ohio Conference) Athletes of the Week (January 27-February 3).

Great job to all of these Cougars! We are so proud of you!!!