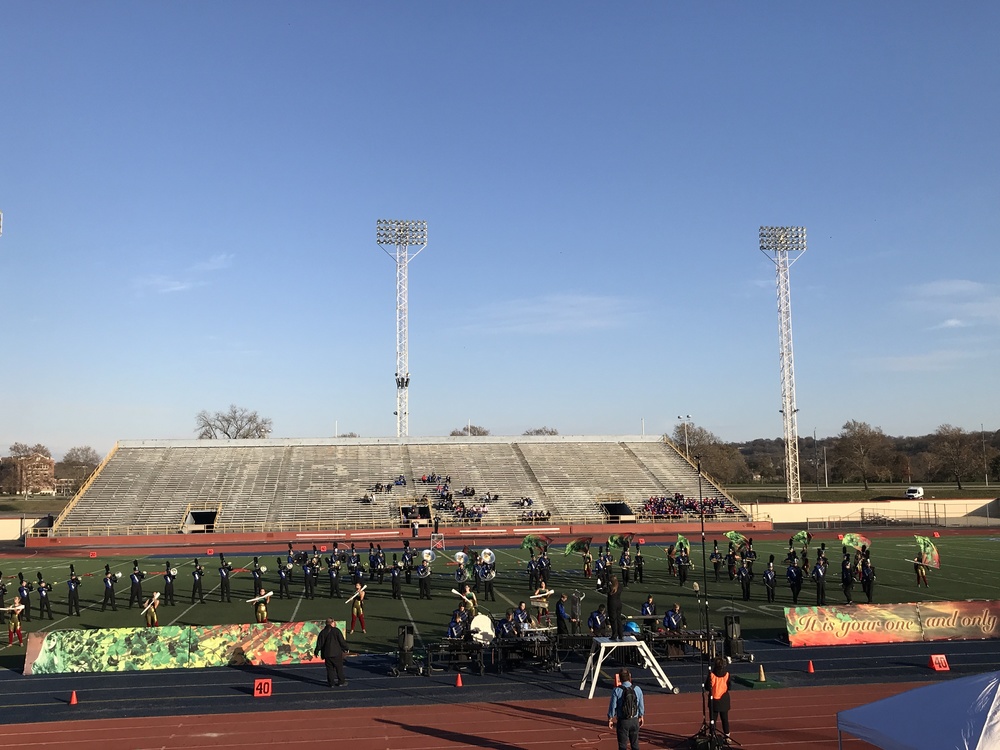 Congratulations to our Marching Cougars who received a "1" Superior rating at the OMEA State Finals on Sunday, November 10.  They competed at Dayton Welcome Stadium along with 30 other bands.  Since 2015, our Marching Cougars have qualified for the State Marching Band Finals every year and they received their first Superior rating at the state level in 2018.

This year's show titled, Mother Nature, was one of the most difficult our band has ever performed, over 80 different sets had to be learned by our musicians, color guard and Field Commanders, Makayla Sullivan and Chase Newton.  Mr. Arnold, Director of the Marching Cougar, was so proud of everyone's dedication and commitment to this year's show. He also expressed his gratitude for the support from our Assistant Directors Mr. Nick Fields and Mrs. Sabrina Huffman, along with Mr. Matthew Wagner, Woodwind Instructor.  He would also like to thank the Edgewood Band Boosters and the entire Edgewood community for all their support.