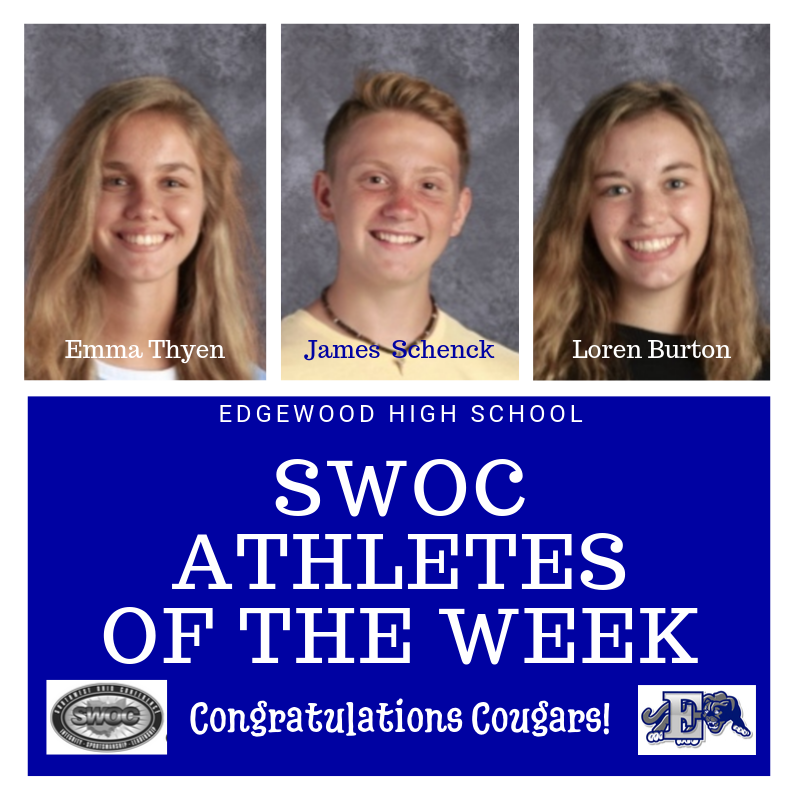 Congratulations to the following Cougars who were named SWOC (Southwestern Ohio Conference) Athletes of the Week!